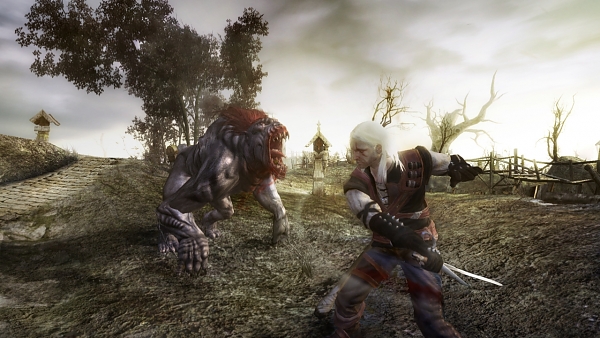 Confession time: I have never played The Witcher: Wild Hunt, which is probably one of the most influential games of the last few years, certainly one of the most critically-and-audiencely acclaimed.  Part of the problem was I didn’t have a device I could play it on at the time it came out. Most of the problem is I’m incredibly petty and always want to play series in order. Plus one of my best friends happened to tell me that you can load all the games into each other, thereby getting a continuous story with your choices from the first game to the third. I’m an absolute sucker for that sort of thing.

So, I found myself playing the first Witcher game. Unfortunately, the story of me starting the game is one of accidentally deleted saves (once), dying computers (twice) and having to restart the prologue and first two chapters (four whole times).  Luckily I actually really enjoyed the first chapter of the game. 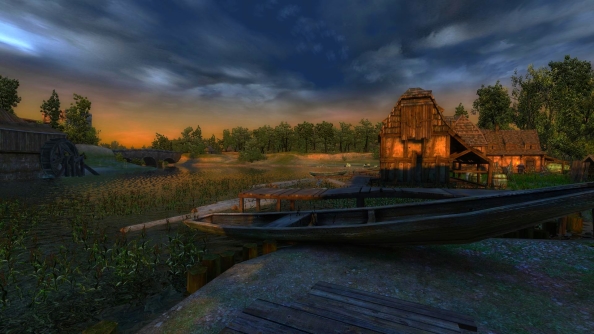 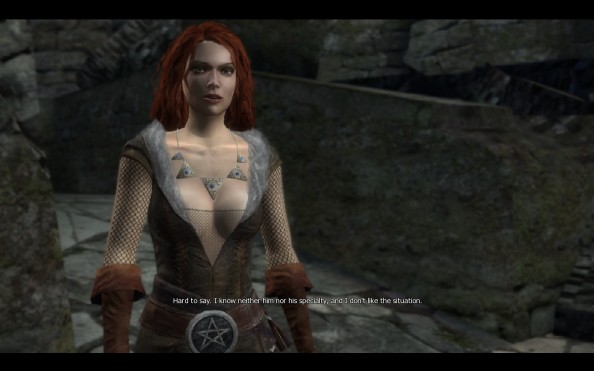 The only difficulty about playing and replaying the first third of the game is the realisation of just how dated The Witcher is. Not only in graphics and gameplay but in attitudes (collecting cards of sexy women, anyone?). In many ways, it does feel like a game designed with the idea that only men play games considering the women in it, even powerful and capable ones like Triss Merigold (who, being a sorceress, can probably look after herself), are constantly treated like they need to be protected by Geralt. The only male character this happens to is Alvin (a child of about ten). It’s disappointing that this is the case, but I, as someone whose father was a historian, often feel that most forms of media need to be looked at in their historical context.

Games have been evolving fast in the last ten years, and despite only being published in 2007, the original Witcher games shows us just how fast. Playing the original Witcher it feels obvious that it was targeted at men, and not just any men, probably boys that CD Projekt Red thought would enjoy the “tits and gore” factor (I should point out before continuing that the developers have very much changed their attitude since). And there is tits and gore aplenty in the Witcher, particularly if you try and sleep with all the women like I did (gotta get all those sweet, sweet collecting cards, y’all). However, the game is important because clearly, due to the popularity of the series, it interested more than its target market.

The Witcher is a game that is still enjoyed years later, both my boyfriend and I (being avid gamers) have been discussing our experiences of playing it almost constantly since I finished it a couple of days ago. It’s certainly a series that has sparked the imaginations of many gamers, regardless of age, race and gender. It’s also a series that has very quickly grown aware of its diverse market, with the second and third game having a markedly improved attitude towards women. Characters like Triss become more capable, and other hugely capable women are introduced such as Ves, Yennefer and Ciri. 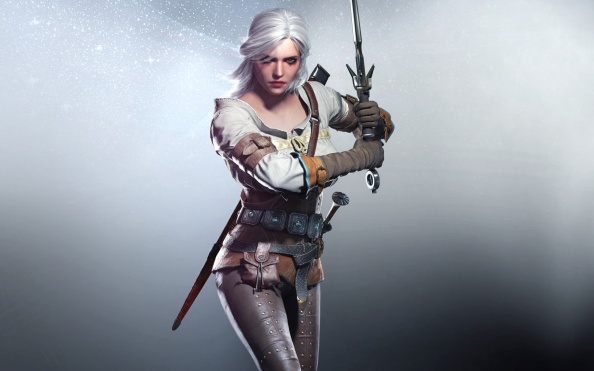 But back to the first game, despite its treatment of women, it has still been hugely engaging for me. I love both high fantasy and dark fantasy and The Witcher strikes a perfect combination of both. Its world is so all-consuming, not only having you fight battles but prepare for them with words, planning and potions. It also gives you decisions to make as Geralt and making decisions for your character which limit or change the world they exist in continues to be one of my favourite parts of RPGs and gaming in general. It’s why I loved Mass Effect, and it’s a big part of the reason I loved The Witcher. 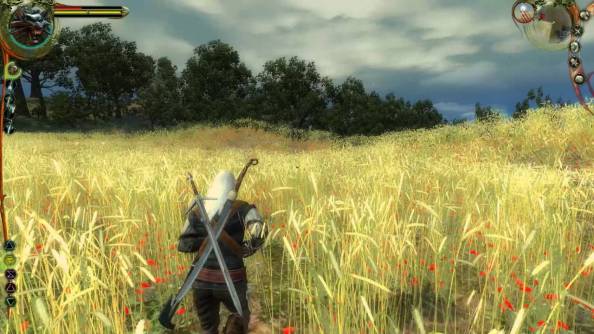 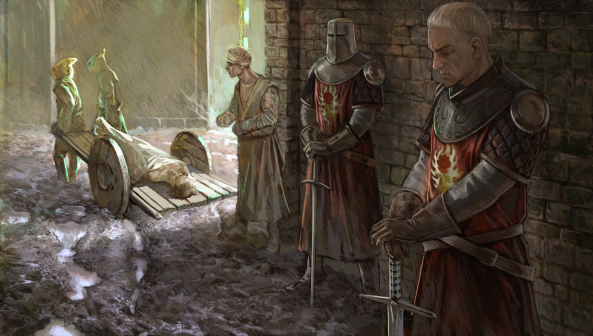 The other reason I totally fell in love with the game is the moral ambiguity that the game is famous for. I loved being free to make the wrong decisions, not having a clear-cut “good” choice and being put in challenging moral situations. Most of all I loved that as the game goes on it becomes more and more difficult for Geralt, a Witcher whose original goal is to remain neutral and free of politics, to stay away from political scandal and forces him to take a side. Not only that, but neither side seems to be an obviously good choice, with both having committed their own atrocities. My Geralt explained to Triss that he supported the Order of the Flaming Rose early in the game because he felt it was the lesser of two evils. The fact that I could never make the “good” or “right” choice sucked me into the story of the game even more than story decisions normally do, because like in real life I had to make decisions without knowing the full consequences or effect of my actions.

I think in the end that the main strength of The Witcher is echoing that very human experience. When we make a decision in life we sometimes struggle to know what’s right and wrong, and what seems initially right may turn out for the worse later. Even if the game doesn’t treat the female characters equal to the male characters, tapping into this fundamental human experience and combining with a fascinating and fantastical world gives The Witcher a broad appeal. It was nice to take a break from reality in a place that felt real, and the game certainly provided me with that. I loved the game so much I’ve already started playing The Witcher 2: Assassins of Kings. I can’t wait to spend more time in Geralt’s world.