It’s been a crazy week, what with being in the apartment just me and the cat and preparing for Christmas. It’s a bit of a long post this week, so please bear with me as we share this weekend breakfast and chat about what’s been happening this week.

To get the more difficult stuff out of the way first, many of you will have noticed that two of my regular series (Kickass TV Heroines and my one of specials on movies and games) haven’t been appearing regularly in recent weeks. I wanted to wait until I had a proper explanation to talk about it, but it looks like that won’t happen at least until mid-January so I want to take the time to explain what I can now.

As many of you know, I have a chronic illness (for more background, have a look here), but recently it’s been getting much worse. This week has been one of the worst weeks in terms of my health for a very long time. My body struggles to absorb iron, and recently it’s stopped absorbing it properly from food. I’m also unable to take iron supplements or, as I recently found out, intravenous iron injections. Lack of iron means a lack of energy, and boy! have I been feeling that recently. One day last week I was even unable to get out of bed for most of the day! I’m having to adjust to having a very different energy pattern to what I’m used to as my symptoms get worse. I will still try and update my ongoing series as I can, but it’s quite difficult to write the longer forms that I try to do for them at the moment. Luckily I have a couple of guest writers to cover the next couple of weeks of Kickass TV Heroines, and I’m hoping to finish off my two requested posts and have them up early in the new year.

Enough talking about being ill! Other than that this week has been all about the Christmas prep (and cleaning the house for our upcoming inspection). That means lots of shopping for yummy food, looking at cooking ideas, planning things with my mum, and buying presents! It’s my other half’s birthday today, and to distract myself from the fact that we’re spending it apart (boo), I’m throwing myself a mini-Christmas. Christmas movies, wrapping presents and mimosas! Yay! 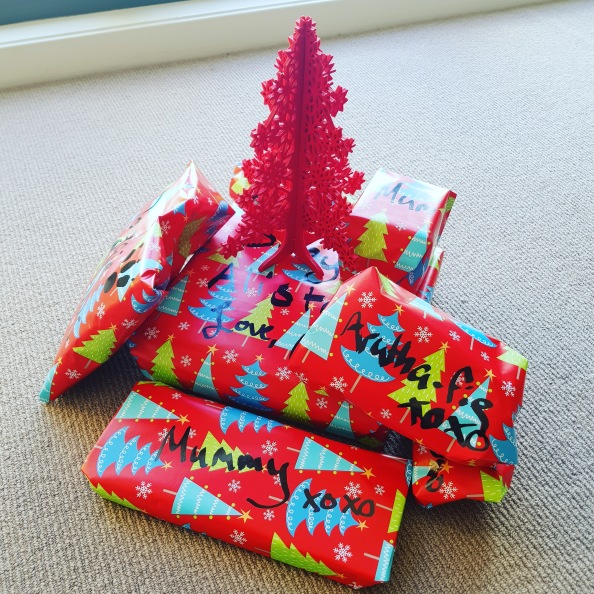 To absolutely no one’s surprise, I’ve continued to play the Witcher 3 this week. As I’ve been saying every week, it’s pretty damn amazing. It might have actually made its way into my top three favourite games! I’m playing the section in Skellige at the moment and I keep having to stop to admire the beautiful landscape and music. It’s one of the most incredible experiences I’ve had playing a game.

I feel like I have watched so much this week! I’ve watched a bunch of The Punisher (yes, there will be a discussion of it up at some point), a little bit of The Crown, and a lot of The Flash. I’ve actually really enjoyed everything I’ve been watching, but The Flash stood out this week for me. It might be because I’m going through a bit of my own darkness with my illness, but watching a superhero show that is predominantly light, fluffy and happy was just great. The Flash actually feels different from a lot of superhero things in that regard. It doesn’t seem to really take itself seriously, and that’s pretty damn wonderful.

Finally, I will be around(ish) as part of Creative Christmas, but I may be offline a bit more in the next few days as I want to spend time with my lovely Mum over Christmas. I wish you all the very best over the next few days. I know Christmas can be a lonely or difficult time for some, but I hope you all find some light somewhere.

As always, I would love to hear what you all have been up to this week? Watch anything interesting? Play something new? Or is it all just hectic Christmas preparations? Let me know in the comments!

Banana Bread photo was taken at Atlas, Gungahlin (it was delicious!)